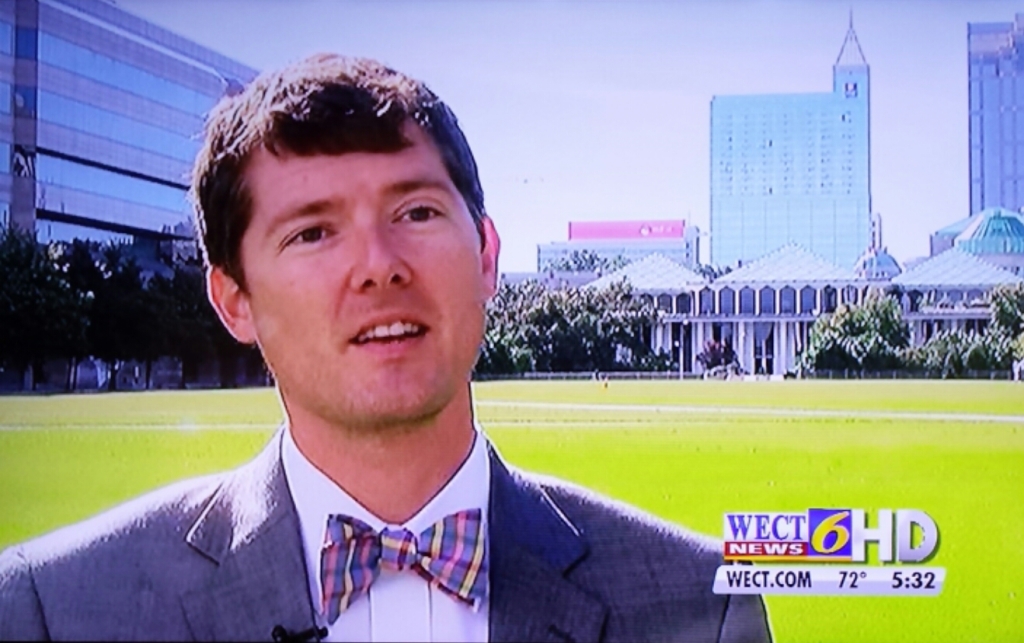 It is “old news” for those that attended the September 22 Town Hall meeting with Insurance Commissioner Wayne Goodwin, but the homeowners insurance rate hearing originally scheduled for August 2014, started October 20, 2014, at 9 a.m. in Raleigh. On the first day of the hearing, strong attendance from coastal advocates, citizens and businesses illustrated how critical this issue is to Eastern North Carolina. Your BASE staff was on hand to monitor the rate case firsthand.

The hearing will last a number of weeks and is open to the public; however, there is no opportunity for members of the public to speak at the hearing. Experts from the N.C. Rate Bureau, on behalf of the insurance companies, and experts from NCDOI, representing the interests of the public, will present their cases for or against rate changes. Goodwin is to serve as the hearing officer and determine what, if any, rate adjustments are warranted. In his opening remarks, Goodwin indicated that the trial-style hearing will last weeks (if not months) and a decision may not be reached until January 2015.

The insurance companies, represented by the North Carolina Rate Bureau, requested an overall statewide average increase of 25.3 percent for homeowners insurance rates, varying by geographic territory, on Jan. 3, 2014. Goodwin ordered that a hearing be held in the matter because the proposed rates appear to the Department of Insurance to be excessive and unfairly discriminatory. In their opening remarks, the Rate Bureau continued to assert that rates in North Carolina are inadequate and the increase should have been 48%!

A public comment period on the rate filing was held from January 3 through January 31, 2014 to engage the public in the ratemaking process. During that period, the Department of Insurance received more than 10,000 emailed or mailed comments, and approximately 25 people, including BASE, made comments in-person during a public comment session held on January 24.

As BASE noted at the public hearing in January, we strongly feel that any proposed increase for eastern North Carolina is excessive and unfairly discriminatory. We wholeheartedly supported the Insurance Commissioner’s call for the Rate Bureau to withdraw the filing entirely.

In coastal North Carolina, the requested rate changes suggest increases of 35% in many areas. The 2014 proposed increase follows on the heels of an increase in 2012, which just went into effect within the last several months! In fact, coastal homeowners have faced increases in every rate cycle since 1992-most recently in both 2009 and 2012. Enough is enough.

For the first time in recent memory, the rate case as originally filed proposes 35% increases in major inland cities like Raleigh and Charlotte. It is important to note that while this percentage increase appears “equal” to the increases in coastal areas, recall that coastal areas pay 2-3 times more for the same types of homeowners policies (fire, theft, etc) which do not include wind/hail coverage.

The filing is available for public review on NCDOI’s website. To view the entire filing, go to http://pserff.ncdoi.net/pc.html and enter the Serff Tracking Number NCRI-129361028.

transcripts of the public hearings on the issue.

WECT’s coverage of the first day of the public hearing.