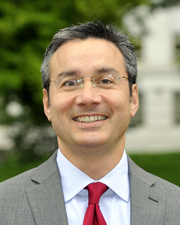 If freshman Sen. Michael Lee makes good on his stated intent to fix a state law that allows insurance companies to shake down homeowners for higher rates than the state allows, he’ll secure a legion of fans in the Cape Fear region.

Folks near the coast already pay generally higher rates than their inland counterparts. The law effectively allows an end run around Insurance Commissioner Wayne Goodwin’s veto of a request to raise homeowners rates by as much as 35 percent in some coastal areas.