In coastal North Carolina, the requested rate changes range from -2.7 percent to +35 percent. The insurance companies have also requested revisions to the current geographic rating territories (see graphic below). The result of the territories changing means that some areas of inland southeastern North Carolina (Territory 52B) could see a decrease in rates while other areas (Territory 8, Territory 52A) are poised for a 35% increase.

Please join BASE in calling upon the North Carolina Commissioner of Insurance to resoundingly DENY the proposed insurance increase.

Written public comments will be accepted from Jan. 3 through Jan. 31. It is as simple as sending an email to  2014homeowners@ncdoi.gov  and expressing your opposition to further increases.

DRAFT COMMENTS CAN BE FOUND BELOW. Just open the document, copy, paste and email your opposition to the Department of Insurance.

-Ask the Commissioner to:

2) NOT grant any homeowners insurance increases

-Use historical examples on your property: amount of increases in the past, number of claims made (if any), proactive storm measures you have installed at your property, etc.

For people who would like to weigh in on the rate requests in person, there will be a public comment session on Friday, Jan. 24, 9:30 a.m. to 4 p.m. in the Jim Long Hearing Room of the Dobbs Building, 430 N. Salisbury St., Raleigh.

The Insurance Commissioner issued a strongly worded statement on the rate case filing:

Also, I take offense at the insurance companies’ concerted efforts to file this request late on a Friday afternoon, when they think the public won’t be paying attention.”

The filing is available for public review on the Department of Insurance website. To view the entire 1187-page filing, CLICK HERE 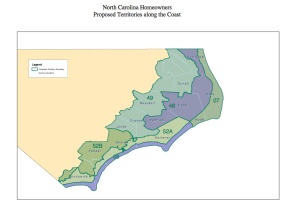 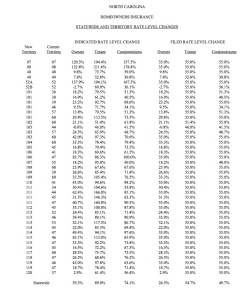